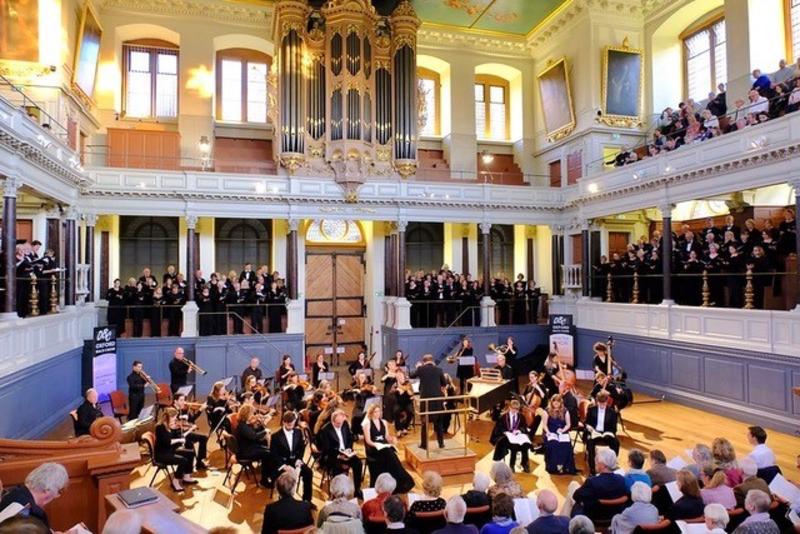 Oxford Bach Choir perform two popular choral French masterpieces in a concert to be streamed free from the Sheldonian Theatre. The performance will be live online, vis the website www.oxfordbachchoir.org, and then available for a week.

Gabriel Fauré composed his Cantique de Jean Racine in 1865 when he was still a student, but its gentle simplicity has long made it one of his best loved works.

Maurice Duruflé’s Requiem dates from 1947, at the peak of his powers. In this work, Duruflé produced a meditative and consolatory piece. With a lifelong fascination with plainchant, his setting is filled with traditional Gregorian melodies, all adorned with new and beautiful harmonies.

The concert from the Oxford Bach Choir is the first in the 125th anniversary of the Choir.  The performance includes a contribution from Alice Oswald, Oxford Professor of Poetry, who will read poems and reflect on the past 18 months.
The concert is dedicated to the Oxford scientists who led the fight against Covid-19 and to local healthcare workers, as well as to all who have died or suffer from the effects of the pandemic.

This is an online concert only, and will be free of charge to watch with an approximate running time of 75 minutes.